Cough up a Yuan for every Chinese word

Tibetans in Zachukha are taking matters into their own hands. As Chinese authorities attempt to further marginalize the Tibetan language by replacing it with Chinese as the medium of instruction in schools, Tibetans in Sershul Monastery have hit upon a brilliant idea to protect their language from Chinese invasion.

The plan works like this: everyone makes an effort to speak in pure Tibetan in the monastery. Every time someone utters a Chinese word, they get fined a yuan!

"...Chinese government officials including the County leaders and an official from the local United Work Front Department arrived at Sershul monastery and confiscated boxes containing money collected as fine for speaking “Drak kay”, a reference used to describe mix of spoken Tibetan and Chinese languages. The government officials told the monks that the system of levying fine on people over spoken language must be stopped. The monks told them that they had forced no one to comply with the fine system and that the people of the area had voluntarily agreed to be fined if they spoke “Drak kay”."

The news article in Tibet Times goes on to say that since 2008, "Tibetans in the area have been following a rule of sorts to levy penalty of one Yuan on anyone who does not speak pure Tibetan."

It appears that this new self-imposed rule is spreading through other parts of Tibet. It's hard to imagine a better way to preserve our language.
Posted by Tendor at 3:23 AM 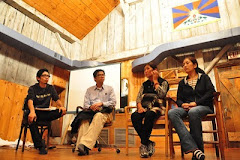 Help Free Tibet - one pixel at a time! 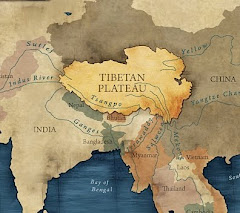 Support the work of the International Tibet Support Network and Students for a Free Tibet.